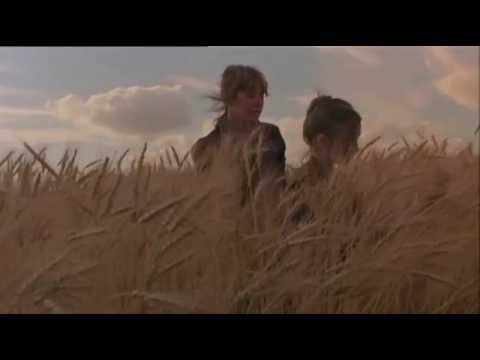 A song which would deserve to stay in a Branduardi's greatest hits. A collection of ancient music, then. Forget things like "progressive" and "rock" but consider that this is probably where our music is from. Non essential but good enough if you have some time and curiosity to spend on it. When later that friends put the disc on, I didn't like it. The instrumental intros to almost all the songs appeared just "tied on" to make them sound a bit more rock or pop.

I gave up listening to it at all and I went back on it only years later when I rediscovered some interest in Branduardi. It happened after meeting him in an airport. About 30 years were passed since the last time I saw him in a concert, and his expression was still the same. 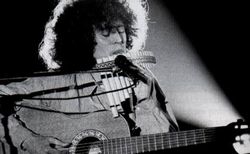 There should be something "true" in that man A hint: the songs on this albums are sometimes different from the studio original versions. For comments specific to the tracks I remind you to the reviews of the studio albums. The songs have been recorded during the whole tour, anyway, so that some are translated into English. The intro to "L'uomo e la Nuvola" is long and very different from the song. This is what I mean for "tied on". It takes to minutes before it becomes barely recognizable. Not that it's bad, surely it's more prog than folk and I think I've been to harsh actually.

It's tied on but not so disconnected. A three minutes song here is about 12 minutes long 9 of intro. This is one of the reasons why this album is so long. Unfortunately Angelo was entering in the 80s when he attempted some failing experiments with country-blues, guesting Jorma Kaukkonen on one of his worst albums.

This is how a song shouldn't be massacred. The people claps at the first notes and the arrangement includes some Bouzuki. 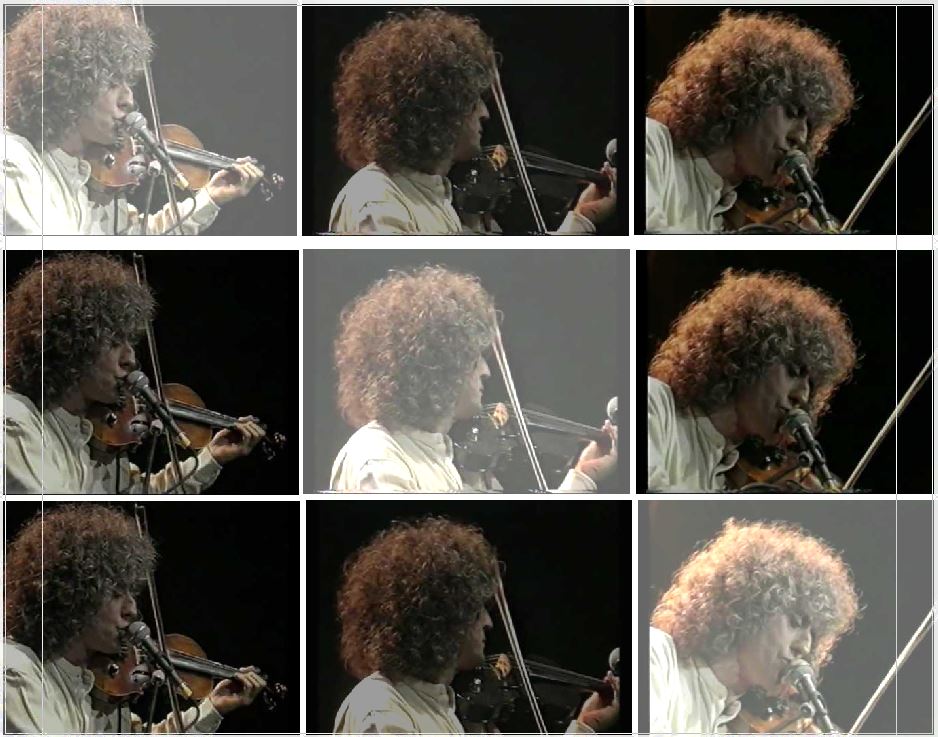 The most famous Branduardi's song, the one which made of him a pop star has some added instrumental parts. Those interludes are poorer than the original violin solo, or maybe I loved so much the orginal violin solo that I can't stand with this version. After the claps comes a tarantella played by traditional instruments, then a repetitive violin starts an instrumental crescendo Maybe on stage it worked well but I really prefer the studio version.

What comes after is Branduardi's masterpiece.

As usual, he plays classical guitar and vocals alone with a second guitar in the back. The lyrics are a poetry of the Russian poet Esenin. The one he wrote as farewell with his own blood before committing suicide. It's singular that after some Italian songs translated into English we have a traditional British translated into Italian.

It looses all the emotional and dreamy flavor of the original. Well played but I think the wrong arrangement for this song, and the first CD is gone. It's a good start for this second part f the concert which contains the songs which are most connected to the medieval music with an arrangement that's the most prog thing of the whole live.

A great performance, IMO. Now a song that has a particular meaning for me and is massacred by a sort of Hawaiian arrangement, not only the slide guitar doesn't have anything to do with it. I can't understand what the drummer is doing on this song. The song is good even with this arrangement.

The addition of a piano intro to "Donna Mia" is not bad. Not all the arrangements of this album are bad. The piano on the original was more classically oriented. A song killed by a completely inappropriate arrangement. What did they have in mind? Of course this rhythm works well live, but this is not what I was looking for hitch-hiking under the rain.

Another title track for another successful album. It doesn't have anything to do with the song but it's a good piece of medieval music with a second, Middle-Eastern, movement. More than an intro it's a proper instrumental. Since when the song starts it's quite close to the original. The guitar intro after seashore noises in the initial passages reminds me to "In The Court Of Crimson King", but just for few passages. 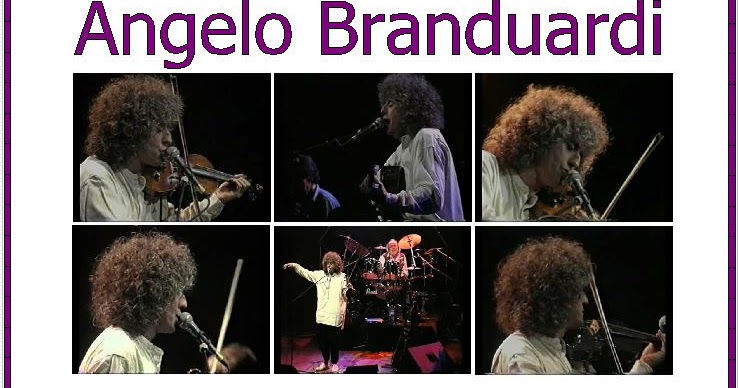 Regardless KC, this intro is very good even if, as for most of the intros of this live, it doesn't have anything to do with the song. It's just tied on.

The second part of the intro is based on the song's melody, then it proceeds for 6 minutes as an intrumental track, so that a 3 minutes song is extended to Maybe a bit too much but not bad. Now another classic with a singular story. Both Branduardi and Blackmore have taken inspiration from the same medieval song. 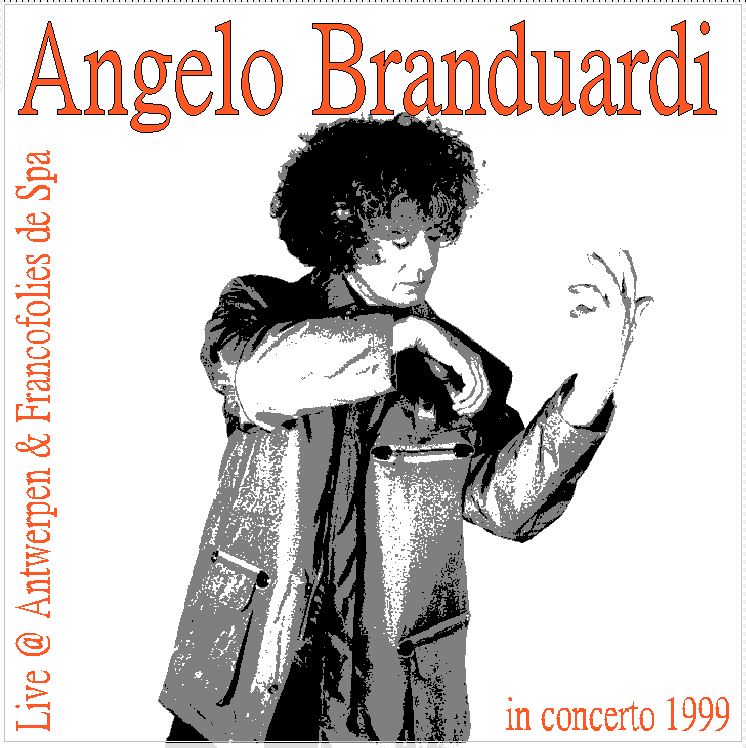 None of the two has copied the other. Both have copied from the history. The subject of the song is Death, so the dark instrumental intro doesn't sound bad and is also one of the most prog moments of the album. You have to wait about 4 minutes before getting into "Ballo in Fa Diesis Minore". Finally Angelo introduces the whole crew before closing the gig with "Il Poeta Di Corte", another of his most famous songs. Unfortunately the tempo is too fast respect to the original. Good to close a live, but this song would have deserved a better treatment.

This double CD is a good introduction to Branduardi's early albums, but even with excellent elements on stage, it doesn't add much to the song, and sometimes the live versions destroy the originals. It's a pity. I have seen Branduardi on stage several times before, and he wasn't used to arrange his songs so heavily. I have the impression that he has actually been forced by his label, so even if full of good songs and excellent musicianship I'm really generous in giving it 3 stars.

Any of the first 4 studio albums of Branduardi is light years better than this live. We are at the court of the Popes between 16th and 17th centuries. John in Lateran square in Rome each 24th of May, and it's exactly in that place in that this project was presented for the first time. Let's ignore the bad accent. Speaking with roman accent is very uneasy for non-romans and Branduardi's accent is not credible. Tvoj svet Poshook Mix Arwen Thalion.